What seems to be a matter of course within academia today, is far from being easily done. I talk about the endeavour of jointly writing a handbook chapter as a five-colleague team located in four different cities Hamburg, Lund, Bournemouth and Munich. I checked on my computer that I brought in the idea to contribute to the then planned ‘Handbook of European Communication History’ quite a long time ago, in mid-2013. As an immediate result of this initiative I was elected lead author. Along with four EMHIS colleagues, Marie Cronqvist, Kristin Skoog, Hugh Chignell, and Christoph Hilgert, we successfully applied a proposal on ‘Media after 1945: Continuities and New Beginnings’. Later on, we worked out the chapter, worked in reviewers’ occasionally contrastive recommendations and at the end proof-read what was sent to us by Wiley Blackwell several times. We did this, because up to now, we consider it a great opportunity to write about entangled media history.

How to write a 9.000 word-text on a period of transition in an entangled way? For us, it was clear that we do not only put together three case studies – one written from the perspective of a victorious country (UK), one from the perspective of a defeated state (Germany divided into four occupation zones), and one from the perspective of an officially neutral state during World War II (Sweden). In an amount of emails, Skype conferences and Google docs documents a new structure emerged. We decided on dealing with ‘the media landscape in Europe at the end of WW II’ (covering print media, radio, film and TV plans), with the question of ‘established’ and/or ‘new orders’ which means with media policy and media systems, and with – what we called – ‘key topics in the immediate post-war period’, i.e. how the media after 1945 dealt with everyday problems, the visions of the future, and the management of national identity. Whenever it was possible we also worked in information from other countries, especially from South and East Europe, supported by our media history colleagues Alec Badenoch, Gloria García González, Morten Michelsen, and Darina Volf.

Of course, these few blog sentences invite you to read about ‘the continuities and new beginnings’ the team found out and what we ‘entangled’ so far. Maybe you are curious to know more about Sweden’s idea of ‘folkhemmet’ which means ‘the people’s home’ and the future of a welfare society; or to read more about the transition when the nation-wide Nazi-Newspaper ‘Völkischer Beobachter’ was published until 24 April 1945 and the very first new German newspaper under control of the Military Government, the ‘Aachener Nachrichten’, which was out on 24 January 1945; or to recognise problems of the female staff at the BBC, of women in a male dominated profession. As a matter of course, all national examples like these are embedded in a transnational context.

Finally, worth mentioning might be that we decided that several developments didn’t start on 8 May 1945, the ‘Victory in Europe’ (VE) Day, but already in 1943/44. And of course, we state that transformation processes didn’t come to an end in 1947/48. On the contrary, Europe became more and more shaped by two ‘blocs’ and a so-called ‘Cold War’, also on air – but this is described by other colleagues in the following chapter of the handbook. 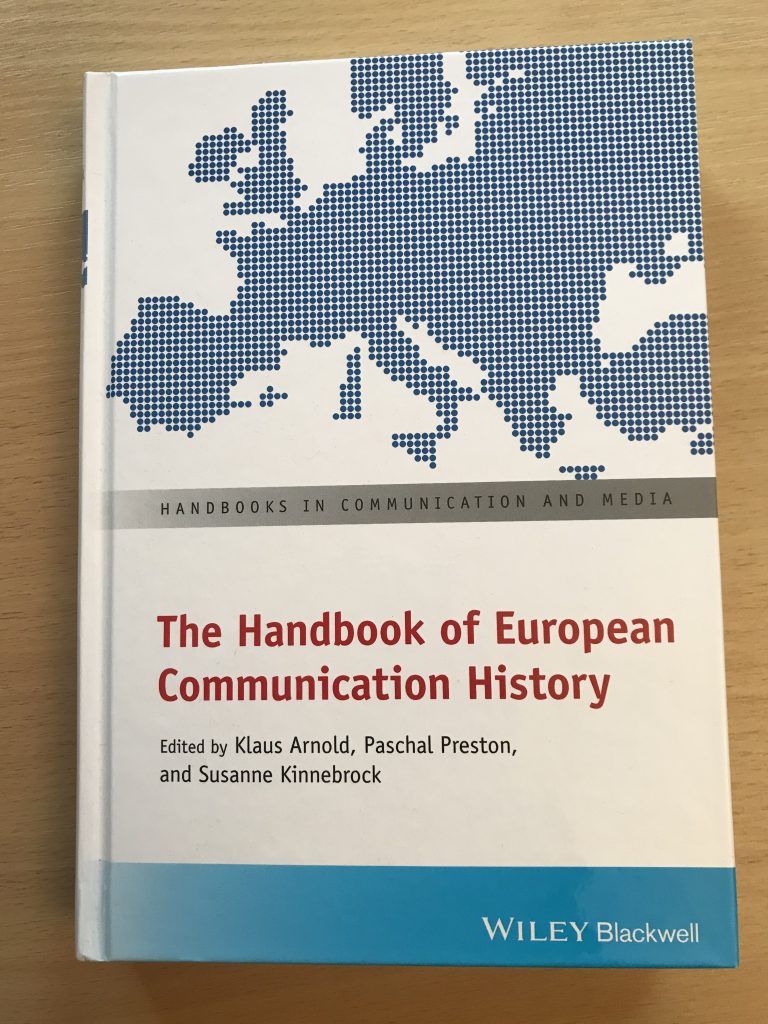